Keeping Up With The ATLiens | Watch ATLANTA Best Tv Series

Atlanta has its own sound & Culture. The atliens give us life, The city birthed the best TV series ever, "ATLANTA" , by Donald Glover. "Atlanta is the next International city and the best place to do business" says Trip advisor,

Does Atlanta produce international stars? If you honor, embrace, and proclaim your love for the city, in-return, will the city reward you with stardom? Ask Artist Donald Glover, ask Movie Mogul Tyler Perry, talk with the King of Atlanta Jermaine Dupri, and if that doesn't help, speak with Keisha Lance Bottoms a black female mayor of Atlanta, Georgia On My Mind. 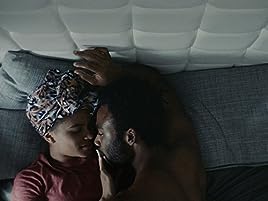 Jazz rap is a fusion of jazz and hip hop music that developed in the late 1980s and early 1990s. AllMusic writes that the genre "was an attempt to fuse African-American music of the past with a newly dominant form of the present, paying tribute to and reinvigorating the former

Instacart Cash Up Cash Out How To Cash Out